PPSC stands for Punjab public service commission. PPSC is an authorized official institute set up by the punjab government to handle and administer testing and selection of competent and qualified candidates concerning various government job seats and opportunities provided to the public. PPSC provides the schedule of current PPSC job openings and upcoming job positions regularly on their official website. Respective candidates are required to fill in their official credentials concerning national cnic number, education background, current qualification, attested copy of candidate's original documents among others on the PSC online web application portal for applicant candidate for upcoming ppsc competitive exam for the public job posts.

PPSC main objective is to filter out high-quality competent candidates from the crowd and provide fair opportunities for all deserving candidates of punjab concerning public job positions and vacancies regardless of bias, racism or favour towards a certain class. By carrying out high-quality competitive examinations complying with international standards among various deserving candidates under the supervision of the government of Punjab, the commission fulfils its role of being a neutral empire for the public positions match.

PPSC also acts as an official guide or informer following in the footsteps of its big brother success FPSC or Federal public service commission concerning administration and handling of federal public positions distribution among the public. Deserving candidates can succeed by working hard and focusing on their studies so that PPSC can reward them by giving them highly paid public job positions according to their respective experience and job scale through the process of carrying out international standard examinations under provincial government supervision.

All the rules about the PPSC written-test, PPSC examination interview and selection as per advertisement. Provincial services and all other posts that connected with the affairs of the provinces, as can be directed, other such posts in, or an organization or other regulatory body using authority under any rules, as may be ordered. Such authorities who contributors of a provincial carrier or such posts that keep their connection with the province affairs. Such other capabilities can be authorized. 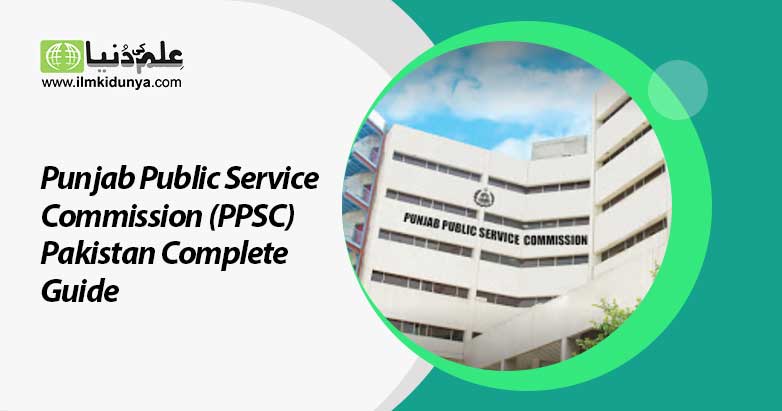