Brazil’s flag under Brazilian law is national symbol. Brazil flag is one of world’s recognizable flags due to its attractive bright colours, unique design and contrast. Flag of Brazil is called “The green, and yellow” or Verde e amarela in Portuguese is shown as a blue disk against stary sky having inscription motto “Ordem e Progresso” meaning order and progress on a curved band having yellow shape rhombus spread on green field. The design was adopted as national flag design by Brazil state on 19th November in the year 1889, replacing Empire of Brazil flag. 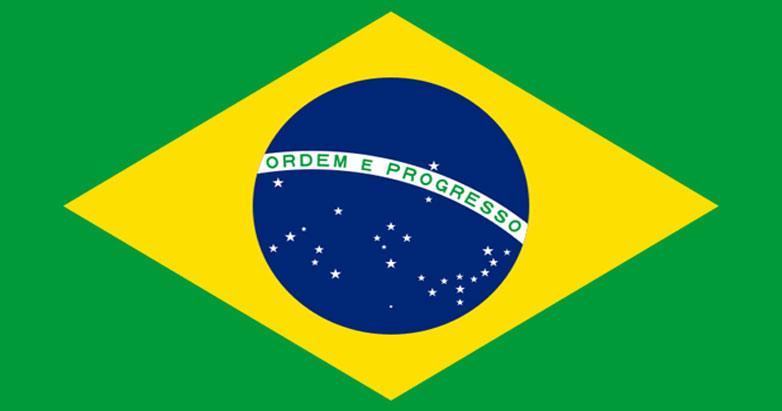 In the Americas territory the Portuguese never had their official flag as it was tradition of Portuguese to hoist flag of kingdom of Portugal in all the territories of the crown. 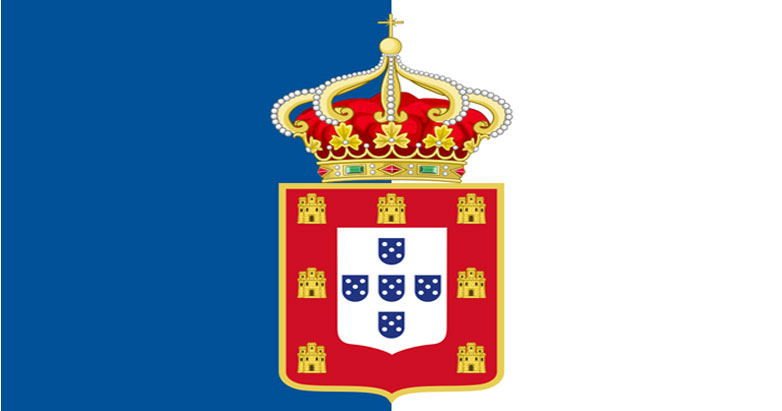 The first flags used by Portuguese merchants were maritime flags having vexilological symbols used by ships sailing to Brazil. Flags having white and green stripes were used until 1692. The white and green colours represented house of Braganza and Portugal national colours. The flag’s usage was stopped in 1962 as it was used by merchant vessels sailing towards Portugal. A new flag was used for merchant vessels that sailed towards Brazil in 1962, having golden armillary sphere with white field as background. The armillary sphere was especially used as symbol for King Manuel I of Portugal having reign from 1494-1521. 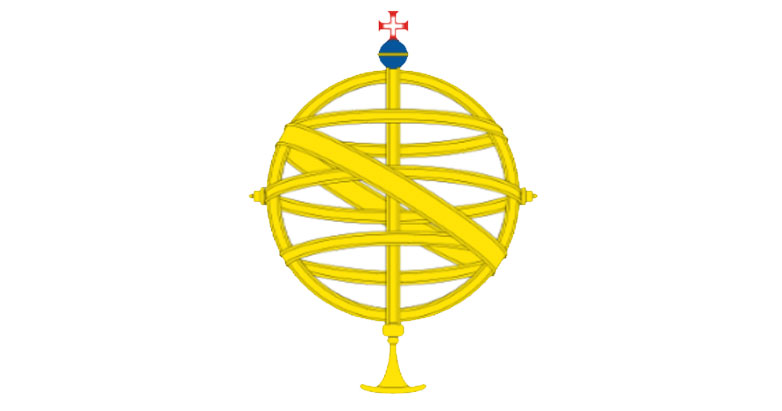 The emblem became the Portugal national emblem representing the Portuguese empire. Portuguese ships sailing towards India used red armillary sphere. Armillary sphere was most used in Brazil, being most developed colony as it became an unofficial ensign of the colony of Brazil.

Brazil elevated to Kingdom rank in 1815 as a kingdom of Algarves, Brazil and Portugal were united. During the year 1816, the 1816 Charter act developed new kingdom symbols specifying arms of the kingdom of Brazil having gold armillary sphere on blue background for the United Kingdom of Algarves, Portugal and Brazil. 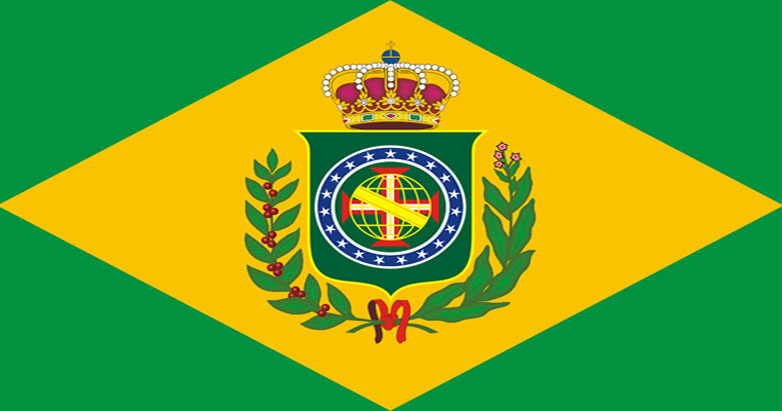 After coronation of Pedro I declared emperor of Brazil, Brazil declared independence having the Empire of Brazil flag became the Royal standard. Imperial coat of arms featuring yellow rhombus on green background field representing Pedro I dynasty and Austria’s Maria Leopoldina as his consort were displayed on the new flag of Brazil. During Pedro II reign, imperial arms acknowledging new territorial organization gained an extra star. 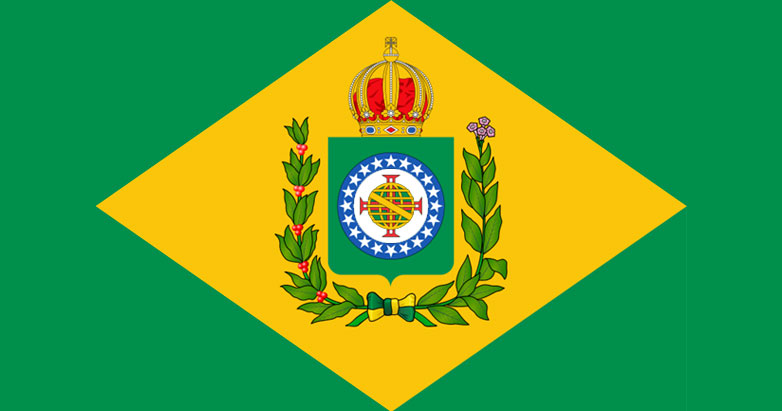 Brazil emperor Pedro I chose the colors of the national flag as Jean Baptiste Debret, the French painter, designed the national flag of brazil. Debret original design featured yellow diamond placed on green background as Brazil Empire’s Coat of Arms was added later to the flag. On November 19 during the year 1889, the Brazil’s new flag was officially presented. Deodoro da fonesca being president of Brazil ordered the flag’s permanent use of colors and agreed towards all the changes and that all adopt the new flag.

Brazil Republic From Year 1889 to now

During the Republic proclamation , Ruy Barbosa being a civilian leader of the movement proposed nation’s new design for national flag having inspiration from the United States flag. The flag was used from 15th November to 19th November during the year 1889 until it was vetoed by Marshal Deodoro da Fonseca for being too similar to United state flag. 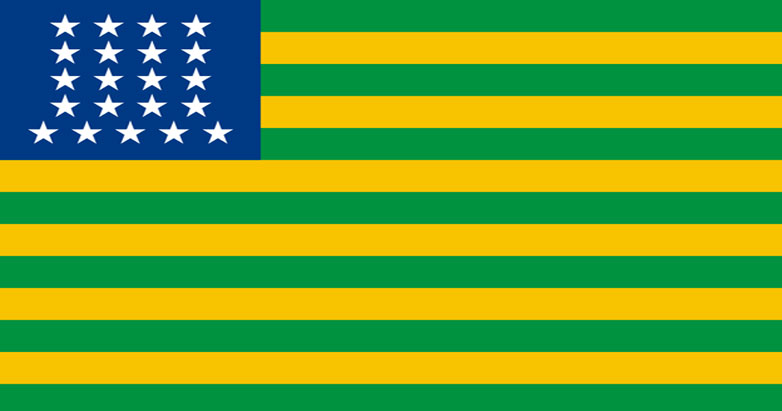 It was suggested by Fonesca that new national flag should portray resemblance to the imperial flag emphasizing national unity of nation for transitioning from constitutional monarchy to republic state.

The philosophers Miguel Lemos, Décio Villares, Manuel Pereira Reis and Raimundo Teixeira Mendes were involved in designing the new national flag of brazil project involving replacing the imperial coat of arms with new positivist motto “Ordem e Progresso” in the shape of blue celestial globe. The new Brazil flag was presented towards Fonseca, who gladly accepted, and the new flag design was adopted on 19th November during the year 1889. 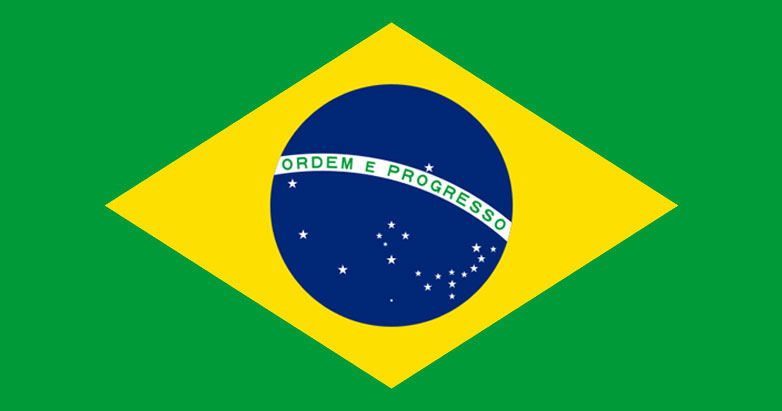 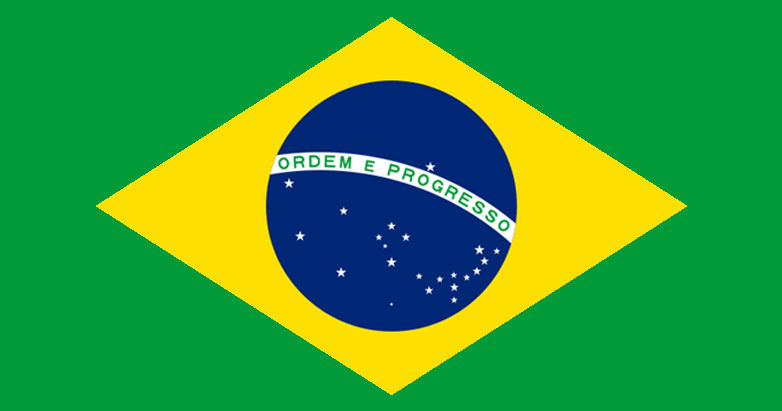 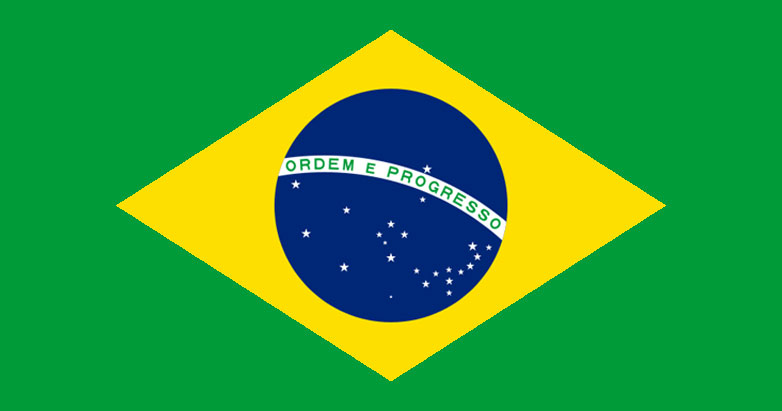 The Brazil Republic flag was modified in the year 1992 to add new 27stars.In comparison to other nation’s national flag being update on the basis of political modification and subdivision; Brazil republic’s flag was not updated purely based on political reorganization resulting in various mismatch between the number of states and numbers of starts listed on the national flag. The latest update to the Brazil republic national flag adding 27 new stars portraying new states created during the year 1982 to 1991 having the new star positions matching astronomical coordinates. 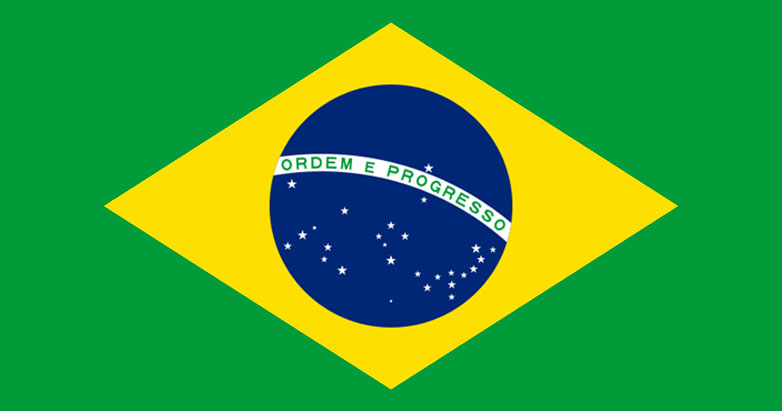 Symbolism of the Flag of Brazil

The Brazil republic flag slogan “Ordem e Progresso” translated as “Order and Progress” means of having successful democracy in the latin America region as it was believed by the Brazil republic politicians that in order for democracy to be successful having educated people (order) and having advanced economy and trade (progress) was essential.

Generally, it was believed that Brazil republic flag colors being green represented forest, yellow represented gold present in the country and blue colour representing sky but this was actually not the case as this story was make-belief to encourage patriotism among the people of brazil. The new Brazil republic flag presented in the year 1889 was just a redesign of the old imperial design flag as the colors remained almost the same.

The Green color of the Brazil Republic flag portrayed House of Braganza’s coat of Arms from the house of Emperor Pedro I.

The Blue color of Brazil republic portrayed Portugal’s Coats of Arms including Habsburg House from the house of Empress Maria Leopoldina being the Emperor Pedro I wife.

The blue colour of Brazil republic portrayed the sky of Rio de Janeiro during the Republic’s Reclamation on the eve of 15th of November during the year 1889.

The Brazil republic’s national flag star have symbolic meaning as they represent constellations present in southern hemisphere and how they were perceived in the early morning at the time of 8:30 of November 15th (1889) in the city of Rio de Janerio on the birth of Brazil Republic.

The brazil republic’s flag shows the stars as would have been seen by an imaginary viewer standing outside the sky upon which the stars were to be placed having infinite distance above the city of Rio de Janeiro. 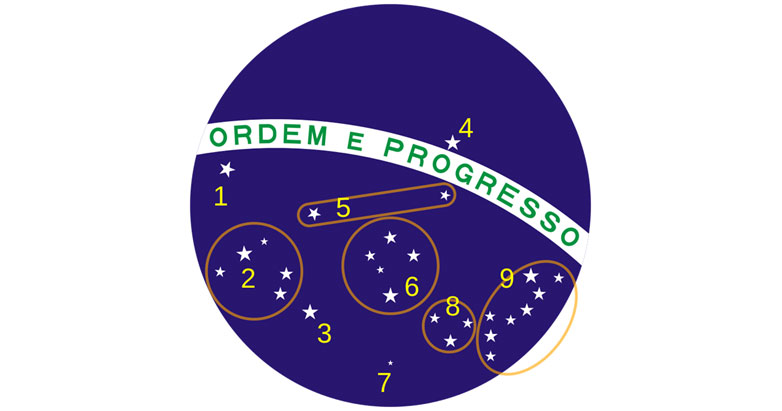 List of stars and constellations on the Brazil national flag

The music conductor and composer Francisco Braga created an anthem in the year 1906 for the Brazilian Republic while the lyrics were composed by Brazilian poet Olavo Bilac. The created anthem honours the nation, people of Brazil, Brazil’s national resources and the Brazilian Flag.

Hail, precious banner of hope!
Hail, August symbol of peace!
Thy noble presence to our minds
The greatness of our motherland does bring.

Take the affection enclosed
In our youthful chest,
Dear symbol of the land,
Of the beloved land of Brazil!

In thy beauteous bosom thou portrayest
This sky of purest blue,
The peerless greenness of these forests,
And the splendor of the Southern Cross.

Beholding thy sacred shadow,
We understand our duty,
And Brazil, loved by its children,
Powerful and happy shall be!

Over the immense Brazilian Nation,
In times of happiness or grief,
Hover always, o sacred flag,
Pavilion of justice and love!

What does the brazil motto Ordem e Progresso” stand for?

The Brazil national flag motto stands for “Order and Progress”

What do the stars represent in the brazil national flag?

The stars in the Brazil national flag represent the various constellations depicted in southern hemisphere on the sky of Rio de Janero on Brazil independence republic night.

What does the green colour represent in Brazil flag?

What does the yellow colour represent in Brazil national flag?

What does the blue colour represent on Brazil national flag?

What is Brazil national flag proportion?

Brazil flag has a proportion of 7:10.

How many stars does Brazil national flag have?

The national flag of Brazil has 27 stars representing its various federal districts and states.

How many star constellations does brazil’s national flag portray?

What is the Capital of Brazil Republic?

What is the Official Language of Brazil Republic?

Does Brazil’s flag have any flag protocol?

Brazil republic’s federal law 5700 defines its protocol as it must be hoisted in Brasilia on Praça dos Três Poderes as well as lowed daily among all presidential palaces in brazil republic.

Can Brazil Republic Flag be disposed of when no longer in usage?

Yes, Brazil Republic flag can be allowed to be burned on special ceremonies during Flag day by the military when no longer in usage.

Does Brazil republic flag have any special folding instructions?

Brazil Republic vice president and president have their own flag. Presidential flag having 2:3 ratio having national coat of arm in the center having green rectangle often hoisted upon official present residence being Palácio da Alvorada, president office Palácio do Planalto and President’s car.

Brazil vice president having 2:3 ratio flag having 23 blue star represented in cross by diving into four quadrants along with coat of arms place in left quadrant. 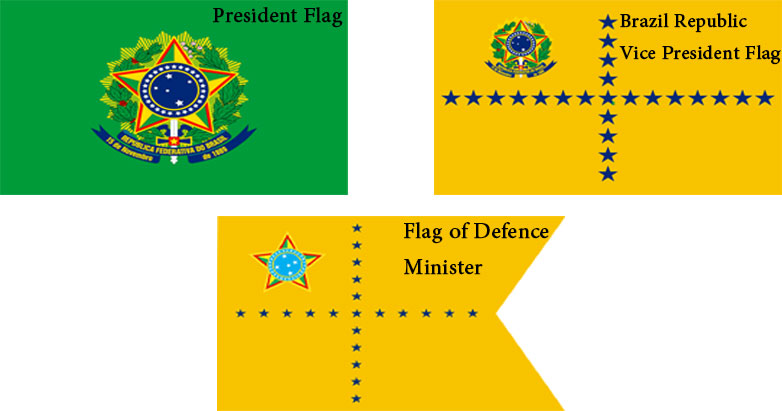 Some of the branches of Brazilian Republic Military also have their individual flags. 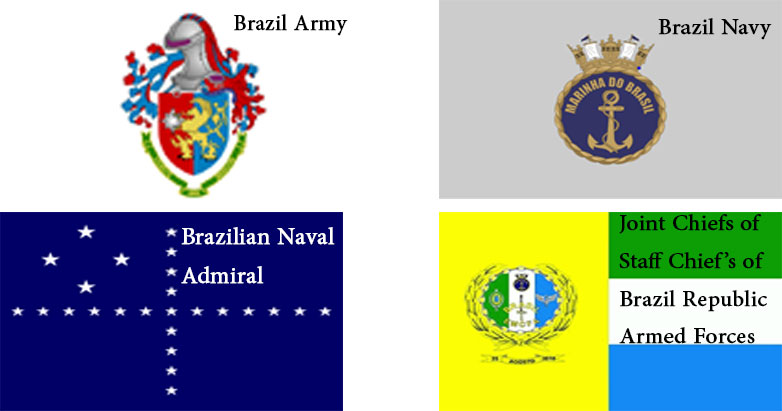 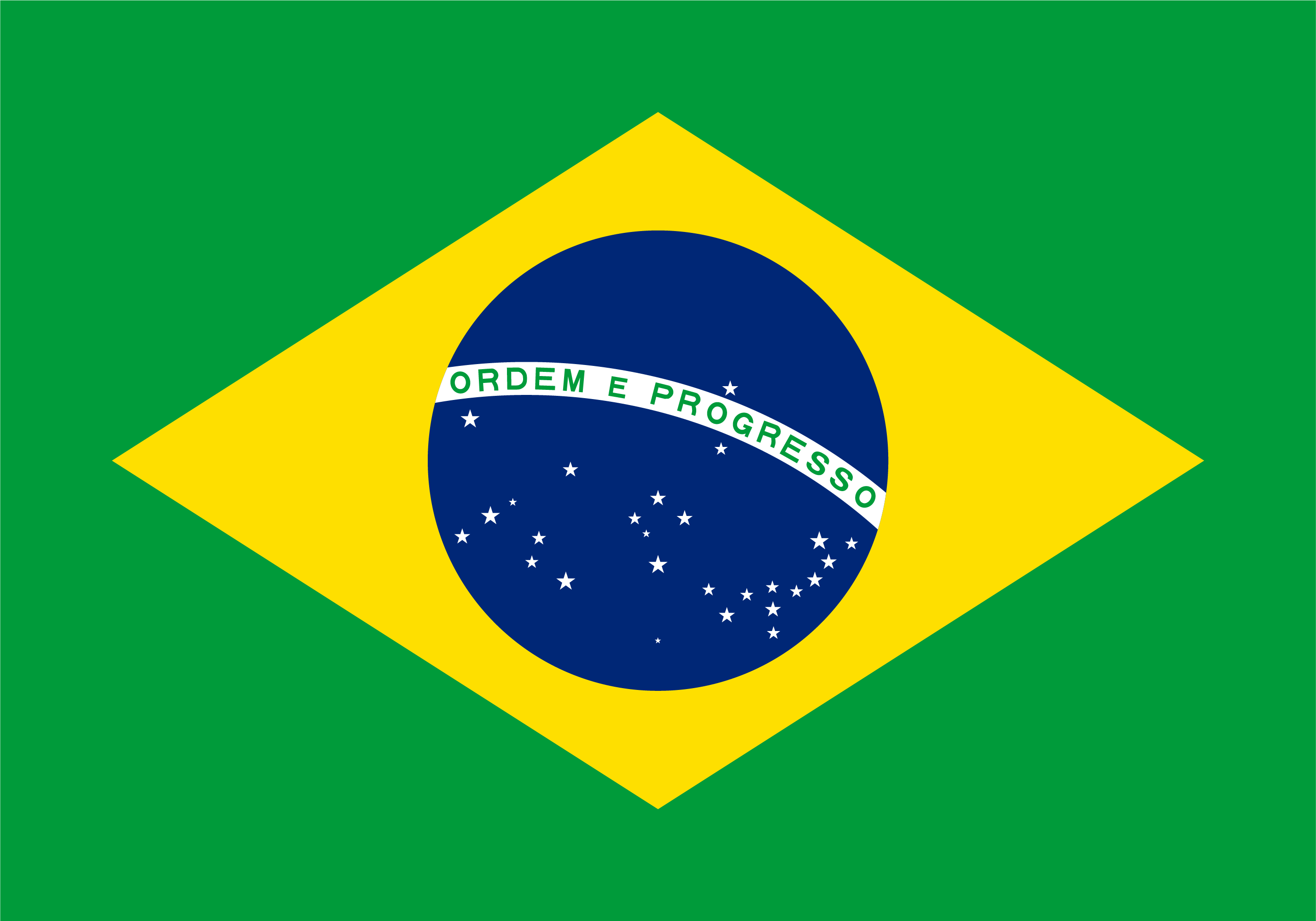 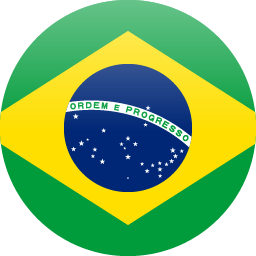