Beyond flying higher in the air, a national flag is an insignia of pride, leadership, and symbol of a nation. It depicts and perfectly portrays a nation & rsquo;s history and identity to the rest of the world. Moreover, it represents a country’s national, political, economic, and social values that laid the basis of a great nation.

The provenance of the flag is religious - earlier it was used in warfare and later on, it became a political symbol of a country.

Like any other free country, Pakistan also has its own national flag featuring green and white colors. Pakistan & rsquo;s flag is a true representation of patriotism and pride that flies high like the heroes that stand tall against all odds.

However, there are some interesting and hidden facts about the Pakistan Flag that you must dig into. If you are looking for valuable information about the flag of Pakistan, then you are in the right place. Here from the history of the flag to its representation, our article got you covered.

The Indian subcontinent was ruled by different empires including Mughal, Maratha, Durrani, Sikh, and Great Britain Empire. Each one of them had their own flag and then there came the “British Raj” featuring a flag with British Red Ensign and Star of India in the center right. In 1906, the All Muslim League was formed as an independence movement that aimed to safeguard the rights of Muslims in British India.

On 11 August 1947, the first flag of Pakistan was designed by Syed Amir-Uddin Kedwai originally based on the All Muslim League flag’s design - declared as the official flag of the Dominion of Pakistan.

Interestingly, the national flag of Pakistan was introduced three days prior to the independence and adopted by the Constituent Assembly. Moreover, no changes have been made till now and the flag is the representation of Parcham-e-Sitara-o-Hilal in the Pakistan National Anthem.

Symbolism of the Flag of Pakistan

The colors and the design of the Pakistan flag are a true representation of the religion of people living in the country. Each color in the flag is the symbolism of faith, progress, unity, and Islam.

Green Color: The green color relates to Islam - as it makes up most of the part of the flag symbolizing Islam in prominence.  Moreover, it also represents that Pakistan was founded on the ideology of Islam.

White Color: White always depicts peace and honesty. It symbolizes the religious minorities like Christians, Sikhs, Hindus, and many others in the country.

Crescent and Star: The crescent and star in the flag refer to “Sitara o Hilal” which are traditional Islamic symbols. The star represents light and knowledge where the Crescent symbolizes the progress in the country.

Who Designed The Pakistan Flag?

Syed Amir-Uddin Kedwaii was the first person who designed the Pakistan flag.

Who Presented First The National Flag In The Assembly?

Nawabzada Liaquat Ali Khan who was the first president of Pakistan presented the national flag in the Assembly.

When The Pakistan Flag Was First Hoisted On A Foreign Soil?

On 15 August 1947, the first time Pakistan flag was hoisted on foreign soil by Mohammad Iqbal Qureshi - A Muslim boy scout.

Who Stitched The Flag of Pakistan?

Who Waved The Pakistan Flag And Where For The First Time?

How Pakistan has made its place in the Guinness book of record?

Pakistan has made its place in the Guinness book of record by forming the flag of humans in the Lahore cricket stadium.

Pakistan Flag Design and its Colors

The design of the Pakistan flag comes in a rectangular shape, 3:2 proportion, and two colors - Green and White. Here in the design, the green covers the major of the flag i.e three quarters. However, the white part consists of only one quarter on the flag hoist side. The green part of the flag also has a white crescent and five-pointed star over it.

A flag is of great importance as it is the symbol of pride and nationhood. It must be treated with respect, honor, and dignity. However, there are some set protocols of the Pakistan flag that are as follow

The national calendar of Pakistan includes some days on which the flag of Pakistan should be hoisted with specific positions. These are as follow

Quaid’s Day: On December 25th, Muhammad Ali Jinnah founder of Pakistan was born. Each year the flag is hoisted in the full mast.

Iqbal’s Day: November 9th is the birthday of Allama Muhammad Iqbal on which the flag is hoisted in the full mast position.

In the observance of the death anniversary of Muhammad Ali Jinnah on September 11th and Allama Muhammad Iqbal on April 21st at half mast position.

Pakistan’s Independence Day: Every year to celebrate the joy and happiness of independence, every year the Pakistan flag is hoisted with full glory in full mast position.

Apart from these, the flag should be hoisted for any other national day or occasion declared by the state’s government.

Other than the national flag, there are some other flags of Pakistan that you should be aware of. The list of flags include

The Flag of Government of Pakistan

The resident  and Prime Minister of Pakistan have different flags. The President flag of Pakistan features the emblem on the center with crescent and moon surrounded by the Jasmine Officinale. Moreover, it also has a white stripe on the left side of the flag. On the other side, the Prime president’s flag has a dark green color with an emblem on the center and wheat branches. 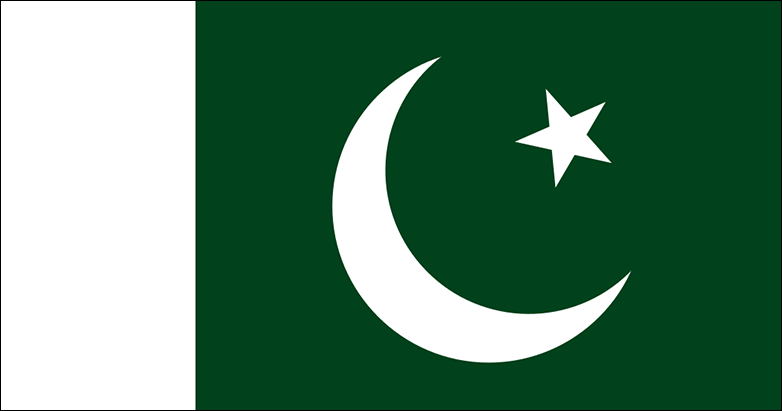 The Civil Ensigns of Pakistan 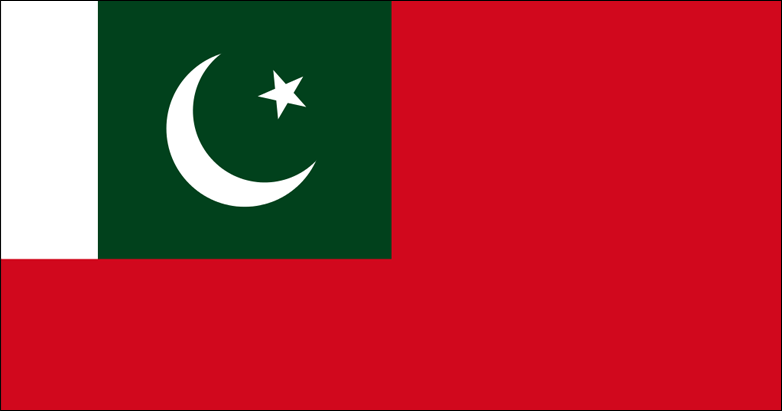 The Military Flags of Pakistan

Army of Pakistan: It features a green field with the sword protecting the moon and crescent in the center.

Pakistan Air Force: It represents a sky blue field with the Pakistan flag on the top left and the Air force roundel on the center.

Pakistan Navy: It is the national flag with the emblem of Pakistan’s Navy. 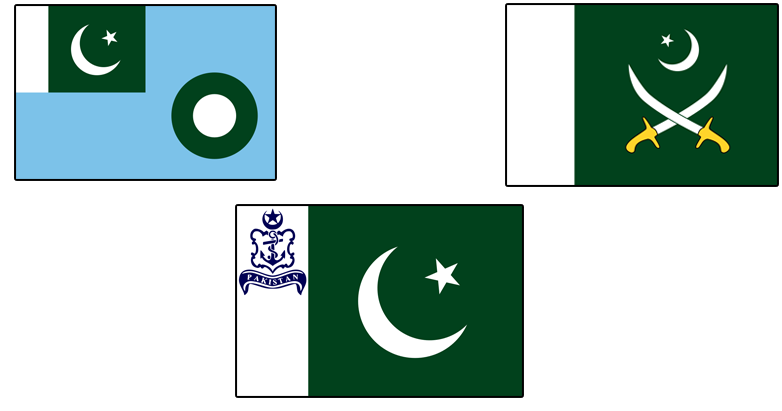 The Provincial and Territorial Flags of Pakistan 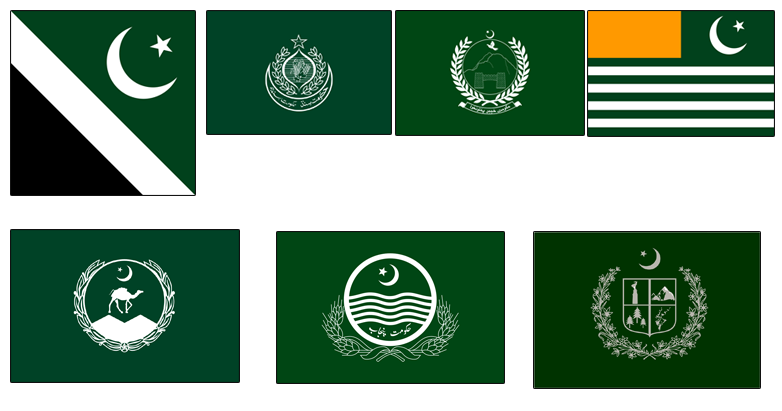 Driven by patriotism, brotherhood, and unity, the Pakistan flag is the depiction of our commitment to Islam as an Islamic republic. As a nation, we should strive to maintain the honor and dignity of our national flag and homeland. We hope our comprehensive Pakistan flag pedia has given you enough information and hidden facts about it. If you have any suggestions or questions, let’s connect in the comment box. 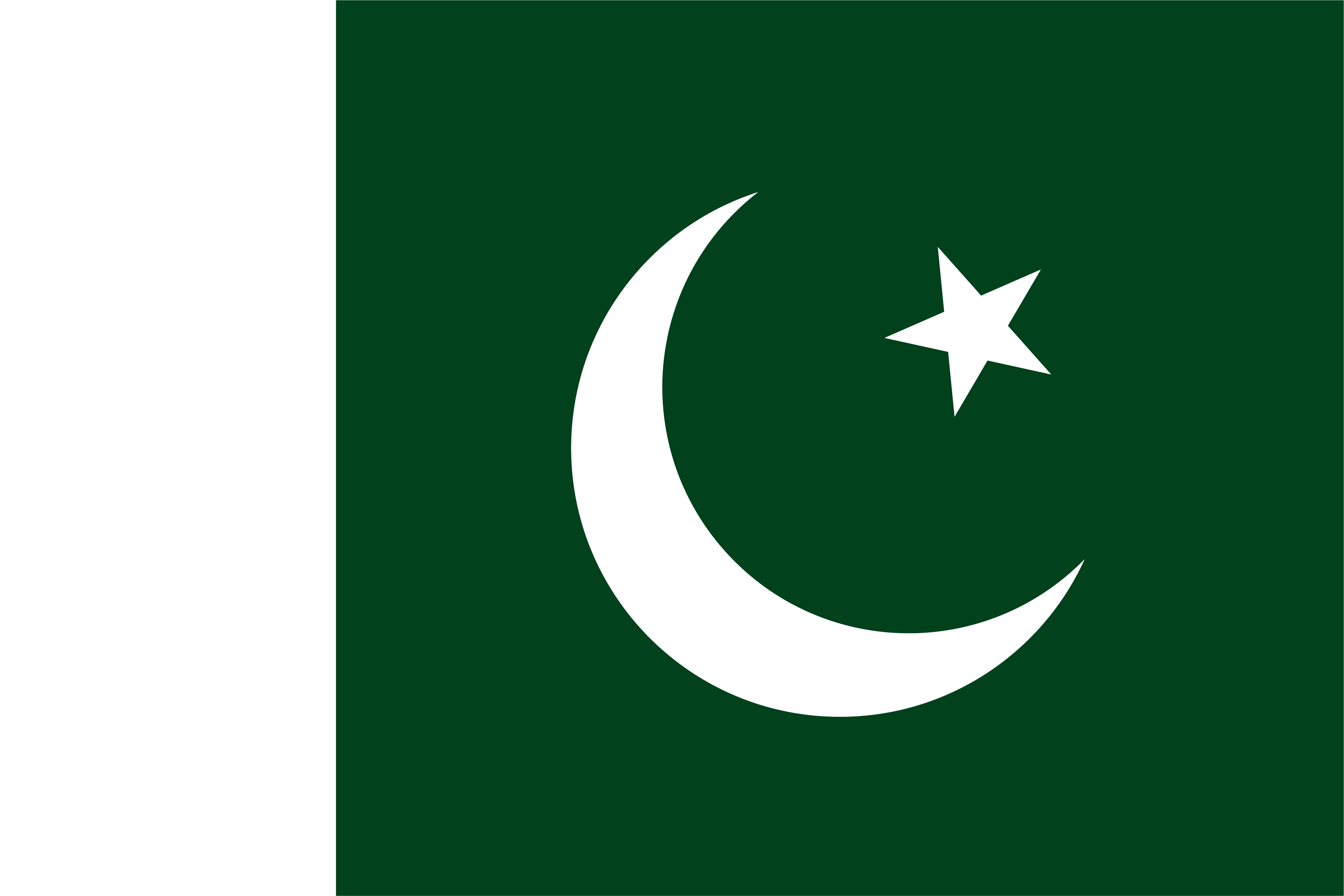 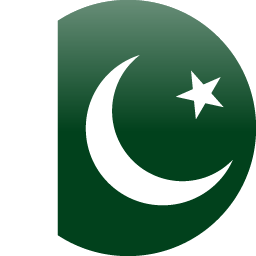