The French flag or drapeau français being a tricolour flag having three vertical bands of blue, white and red color. To the English speaking world the flag is known as Tricolour. The French Flag became one of the most influential flags of history with many nations copying its three color scheme in Europe and rest of the world having stood as symbol of opposition to clericalist or autocratic royal standards of the past. 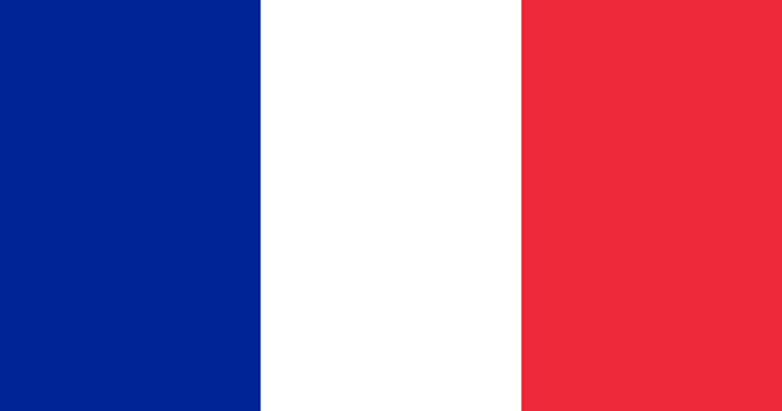 The royal government of France has used many flags in the past including well known was blue shield and gold fleur-de-lis being Royal arms symbol of France on white background. Before the French Revolution the Paris militia used to wear a cockade comprising blue and red colours portraying Paris city’s traditional colours.

Marquis de Lafayette or ‘Lafayette’ a military officer and aristocrat and Jacques-Louis David being a painter designed the flag of France in the 18th century. According to Mr. Lafayette white was the ancient French colour and was added towards the military cockade to form the tricolour or cockade of France.

French used originally used the flag of Saint Denis, oriflamme during the Middle Ages being red in colour having 2/3 or 5 spikes as was Capetians royal banner. The oriflamme banner was kept in Saint Denis abbey and was taken during war. French kings went into battle under the Saint Martin red cape or Saint Denis red banner believed to protect the monarchy. 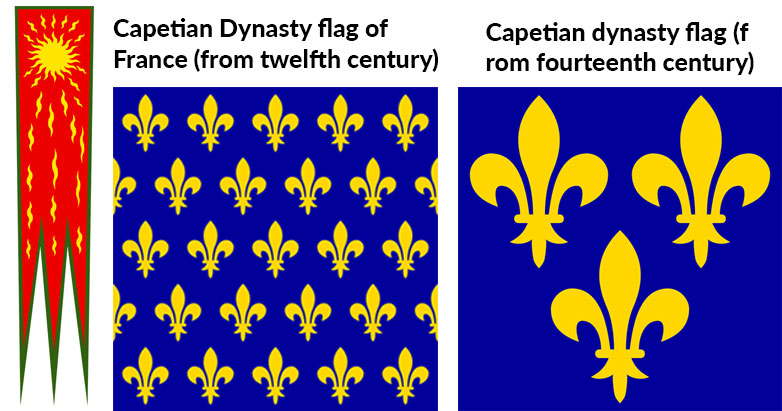 During the late middle age period these flag colours became associated with the reigning regime of France. House of Valois coat of arms in the year 1328 was blue having gold fluers de lis and was bordered in red. Afterwards during these times the French kings were depicted using manuscripts and vignettes on red gown underneath god fluers de lis decorated blue coat. 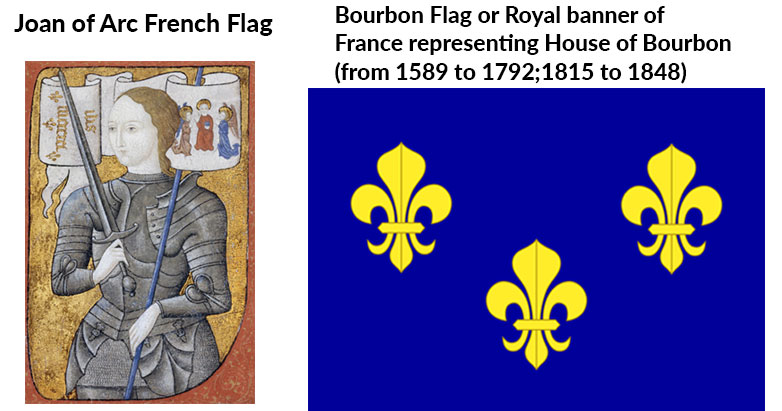 The Joan French flag used during the Hundred Years had a field with lilies with the world and angels on each site and was white having “JHESUS MARIA” inscribed on it and was  made of white silk material called ‘boccassin’. Joan’s flag induced the more prominent white colour usage on later French flags

After the Bourbons accession towards France throne, the navy green ensign was changed to a plain white flag representing royal authority and purity symbol. The old flag of nation of France being the white cross on blue field was assigned to the merchant navy of France along with French galley’s being assigned the red jack. White banner having 86 fleur de lis with or without coat of arms became the flag of Kingdom of France. 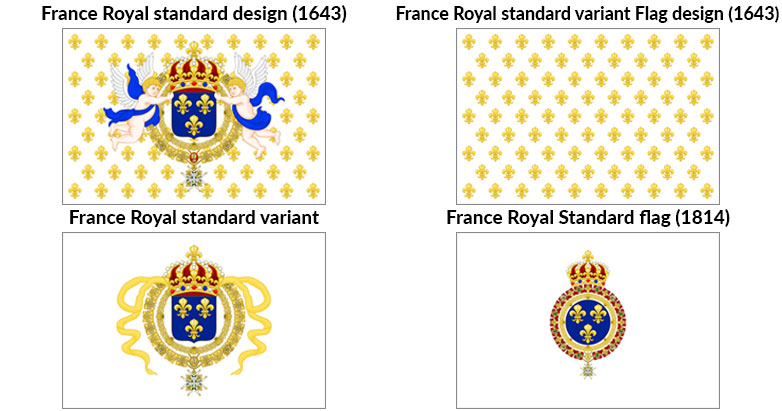 French cockade having circular shaped rosette emblems being attached to hat inspired the design of French tricolour flag which was utilized during the French Revolution. Paris militia adopted the use of red and blue cockade on July 12th in the year 1789 as it represented Paris traditional colours while also being used for Paris coat of arms. 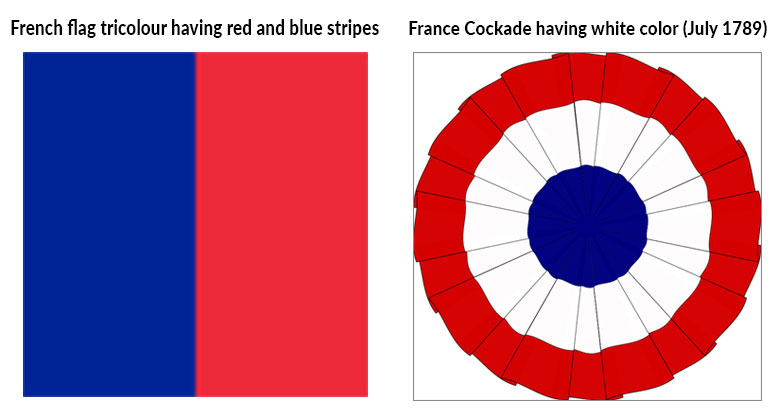 Various color schemes were utilized by cockades during Bastile storming on 14th July, 1789. The French cockade having red and blue colours were presented to the King Louis XVI on 17th July, 1789. General Lafayette insisted on the addition of white stripe to further ad nationalization to the design. The tricolour cockade was adopted as the National Guard uniform after the militia succession. 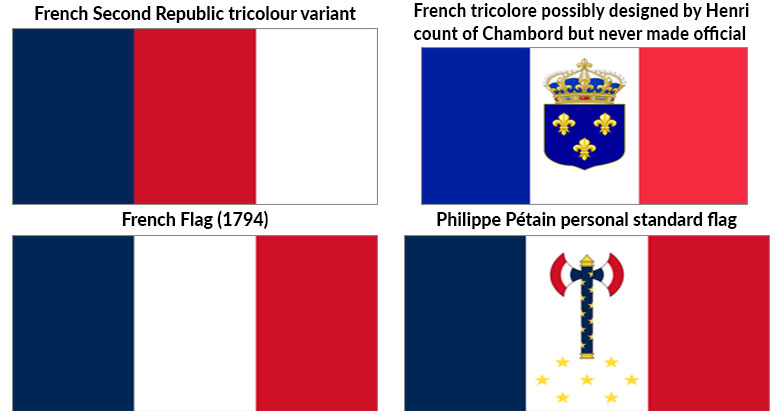 The French drapeau tricolore having red, white and blue stripes was presented towards the Constituent assembly illustrating simple design and revolution efforts and approved on the 24th October in the year 1790. A resolution was passed for reversed blue white red French flag on 15th February in the year 1794.

The return of Bourbon dynasty following the defeat of Napoleon in the year 1815, the government removed the use of the tricolor flag and replaced by white flag which was used by the monarchy earlier for the time period 1814 to 1830. Afterwards in the 1830’s July Revolution, Louis Philippe being citizen king restored the use of tricolore flag and the flag has remained France’s national flag ever since.

The word republic was dropped in the favor of French state utilizing the tricolore but personal version of the French flag used by Philippe Pétain having star studded marshal’s baton axe and white stripe called the “Francisque” . During the period of the regime Free French forces utilized tricolore with the white stripe with red Cross of Larraine in the 2nd world war. 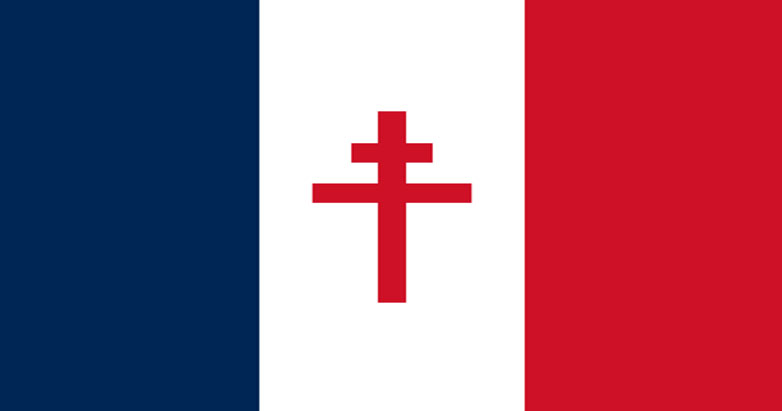 After the overthrowing government of Napoleon III, french voters went to elect royalist majority towards the National assembly of Third Republic. The parliament offered Bourbon pretender Henri the throne however he insisted to accept the offer only on condition that tricolour flag be replace by white flag which was not possible as tricolour had become national symbol. Afterwards plans associated with restoring french monarchy were dropped and France has remained republic having tricolour flag.

As according to the article 2 of the french constitution the tricolour french flag is having blue, white and red colours however the modern version of the flag has two variations; one flag being darker and the other flag being lighter but both flags are considered equal. The light version was introduced by President Valéry Giscard d'Estaing in the year 1976 for delivering broadcasted government speeches. The light version of the french flag is often used on official france state buildings while the dark version is used by public buildings, barracks and town halls.

Symbolism of the Flag of France

The French flag comprises of three colours and is thus called tricolour flag. The colours blue and red have been Paris traditional colours utilized by the city’s soldiers. The colour blue was associated with Saint Martin while red colour with Saint Denis.

The Paris militia utilized blue and red cockdade hats during storming of Bastile in the year 1789. The white colour was traditionally associated with being ancient French colour as described by Lafayette afterwards it was added to describe revolution or nationalize the militia cockade for the French.

Lafayette associated the white color with French nation while others associated it with monarchy. The colours blue and red were associated with the Virgin Mary being patroness of France. France flag colours also represented three estates as white represents the clergy, red represents nobility and blue represents bourgeoisie. Blue colour being the symbol of class comes on the flag first while red being nobility representation is listed last showing referring to superior order.

Who designed the modern Flag of France?

The French flag was designed by Marquis de Lafayette

What were the colours of the french flag based on?

The colours of the French flag were originally based on the national French Cockade.

When was the French flag first officially adopted?

The French flag was first officially adopted on 15th February in the year 1794.

What are the colours of the French flag representing?

The colours of the French flag being blue, white and red represents freedom, equality and brotherhood.

What is the proportion of the French flag?

The French flag has 2:3 proportion

The French flag is known as “tricolore” and this is how it is used in conversation.

Can the French flag be disposed of in public?

No, it is not legal to dispose of the French flag in public and is punishable by law. The French flag can be disposed of in private but sharing photos or videos of destroying the flag is punishable that is determined by the motive behind the act and offense severity.

Does the French flag have equal proportions?

No, the current flag does not have equal proportions as its half wider than its height having stripes of equal width. French flag initial proportions were 30:33:37 of blue, white, and red which were changed under Napoleon I rule afterwards in 1853 the French Navy was allowed through regulation to use 30:33:37 flag proportions.

What were the early flag designs used by the French?

Was the French flag popular and inspired design of other nation’s flags?

As France become powerful as an emerging nation other countries followed by taking notice including former French colonies in Africa along with other few in Europe. Many countries tried to imitate the French flag towards their national flag as the Tricolor was seen as a symbol of power as the whole world recognized it. 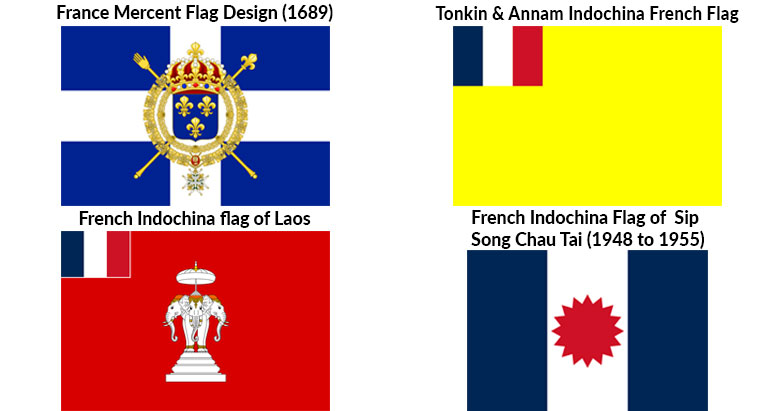 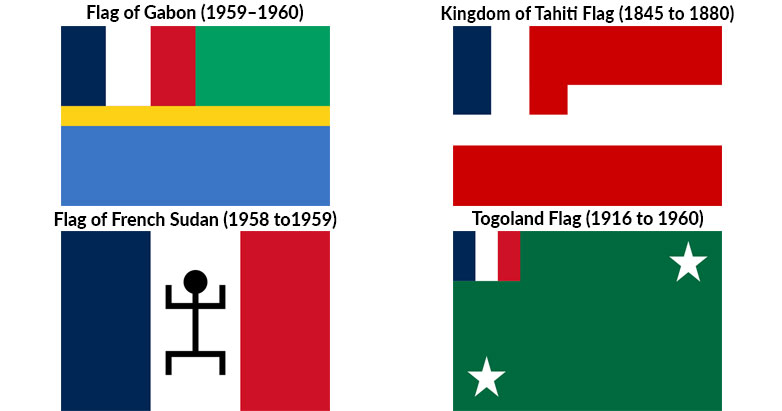