Most Important and FAQS about CSS Exam

css exam faqs.Css exam are the most famous competative examinations in Pakistan.Candidates who qualified the test, become the bureaucrats in future.Bureaucrats are called the cream of any country, because there are highly paid salaries, allounces, house rents, medical, houses, luxury cars etc. FAQS about css exams are very important, bacause you can get complete detail in short time.So ilmkidunya give detail of all Css exam frequently asked questions 2021 here.Css exam faqs 2021 are mentioned below

Which things need to be bring in the written exam?

Candidate must bring their original CNIC, Original Treasury Receipt of fee payment and copy of Admission certificate. Also candidates required to bring Blue or Black marker that used in the Written test paper.

Which things that strictly prohibited in the examination hall?

Mobiles, Books, Purses and other Damaging Material will be strictly prohibited. And FBSC will not responsible for any lose.

What is the schedule of CSS Exam?

Online registrations will be started in the month of October and exam will be held in Mid-February.

What is the charges of CSS written exam?

How many time taken for announcing the Result after the written CSS Exam?

Is there is any separate Quota for Special Candidates?

There is not any Quota for Special Candidates. Different categories for special candidates like physically impaired, any physical or speech impaired and visually impaired are allowed to choice any of the occupational groups or services for competed the competitive examination.

What are the qualifying marks required for the CSS written Exam?

What are the standard marks for CSS viva voce?

A candidate who secured less than 100 marks will be considered to be failed and not eligible for any appointment.

In how many language the paper of Islamic Studies or Comparative study will be attempted?

These paper can be done either in English or Urdu language.

What will be the proportion of MCQ’S in compulsory and optional papers?

What type of languages use in the paper of Persian and Arabic?

The paper of Persian and Arabic must be answered as their respective languages or direction must be mentioned in the question paper.

In which subject’s calculator will not allowed?

Use of Calculator will not allowed only in the paper of General Science & Ability.

Can student appeared in viva voca, if could not appear in the psychological test?

How many time student can attempt CSS exam?

There are 3 Number of Chances available for attempting CSS Exam. 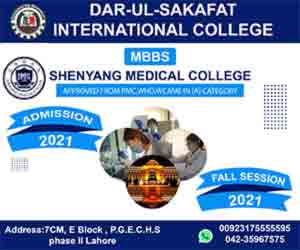