World Youth Scrabble Championship: Pakistan youngsters bag U10, U12 and U14 titles

Pakistan's scrabble unexpected did the country pleased as Monis Khan, Imaad Ali and Hasham Hadi sacked U10, U12 and U14 titles individually at the 2016 World Youth Scrabble Championship (WYSC) in Lille, France.

Pakistan likewise completed as the second best group behind Sri Lanka in the competition. The second time in three years they have closed the occasion as runners-up with five of the players winding up among the main 20. 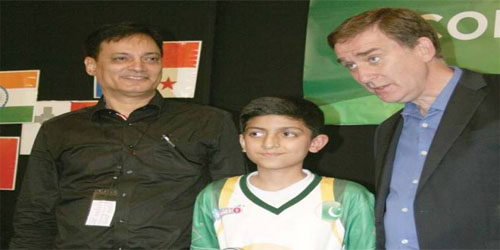 Pakistan Scrabble Association (PSA) Youth Director Tariq Pervez said that we’re disillusioned with Abdullah's outcome however glad for the considerable exhibitions by Monis, Imaad and Hasham, These three will have long WYSC professions, and will ideally go past in the senior’s classes later on.

Hasham's accomplishment prompted his programmed capability for the World Scrabble Championship, which is booked to start today i.e. Wednesday.

In the interim, Shoaib Sanaullah won the grant for the most astounding score. 158 in a solitary move with the word BASCINET and national champion Waseem Khatri won the side competition for the seniors with 13 wins out of 17 rounds.

Pervez further added that because of Pakistan's execution at the WYSC, it is likely that the nation will get an opportunity to have the worldwide competition soon.

Tips for New Grads Finding Jobs Outside of your Major

Top 10 Mistakes to Avoid in Choosing a College

Looking for money? Check out 10 highest paying jobs in Pakistan