Winter season in Pakistan as has at all times have its own attraction and fascination, while in numerous cases it turn out to be intolerable but unmoving people do have a pleasant time in the winters where the weather becomes cool and people delight in that change. Like Pakistan country during the summer people get nourished up of the burning high temperature with the difficulties of load shedding and energy crunch. Generally winters get beginning in Pakistan from the month of November when the power of heat is being smashed and after some heavy rainfalls the powerful and chill breezes from the Pakistanis’ west side come in the country and that is the creativity taken for the greeting of the winters. Throughout the winters people do tends to defend them because in the initial months of the winter’s season it can be risky as people can get cold due to the gasping winds and unexpected climate changes in Pakistan. 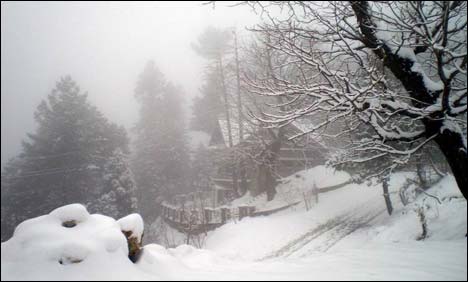 Throughout the winters season in Pakistan the days become smaller and the nights become lengthier which provides the people of the country more disclosure to the cold winds in the night. In the northern regions of Pakistan which contains the Himalayas and the hilly areas the winters become intolerable because of exciting chilling weather where the temperatures get to minus 10 degrees which in several cases becomes tough to handle. The water freezes in such areas and the people of the area become powerless to use it for their local purposes. Natural gas which is one of the basic requirements of the life both in the local and marketable uses in Pakistan faces great difficulties due to the deficiency of the natural gas as well as CNG which makes the life of the people full of complications. The load shedding of the natural gas is existence done for two causes as the state is left with very restricted resources of natural gas and furthermore due to the cold climate and low temperatures the gas freezes up which make it jammed in the pipe lines.

Normally winters season in Pakistan are more favored as compared to summers in the country like Pakistan. The people of the country are expire fans of dry fruits which are being found in enormous quantities particularly in the winters where nuts and other dry fruits turn out to be the typical eating component in winter. There are several types of puddings which are being considered as related with the winters which include the Halwa of carrots, butter and various other delicious things.

Common Dreams and their Interpretation