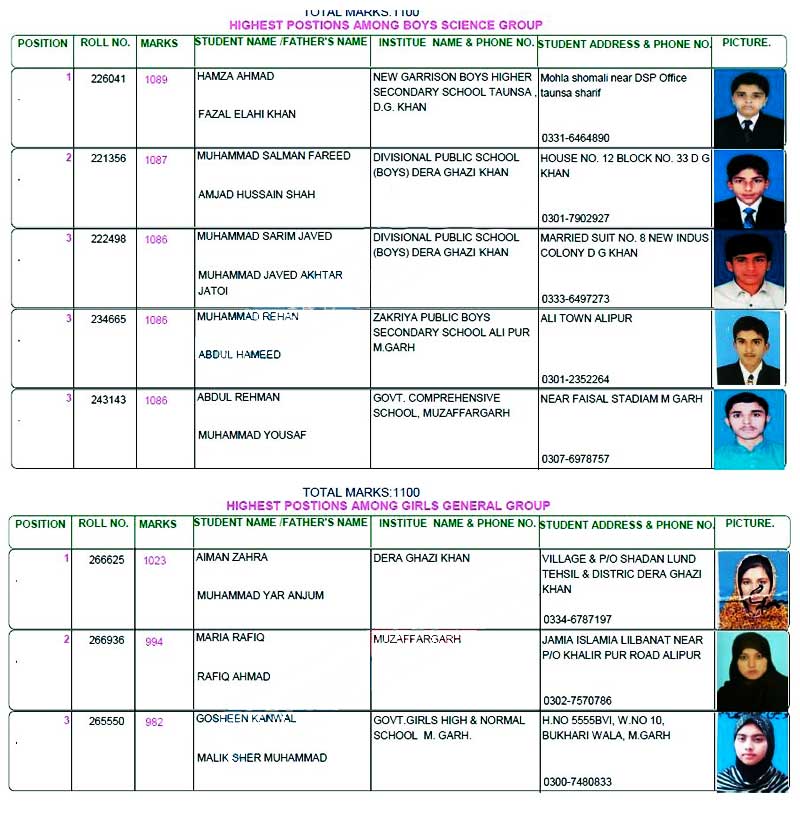 Like other educational boards of Punjab, BISE DG Khan Board also announced the matric annual exams result 2021 on 25th of July and the chairperson of board announced the name of position holders one day before on July 24th, 2021.

We have also published the complete details of position holders of BISE DG Khan here on this page.