SIR ZIAUDDIN AHMED was born in 1877 in the picturesque town of Meerut in India. An outstanding and versatile educationist and political figure, he was also the longest serving Vice-Chancellor in the history of Aligarh Muslim University. His close association with Sir Syed Ahmed Khan added to his stature and dignity. His untimely demise left a void in the university and in the lives of his followers and well wishers. He died on 23rd December 1947 in London, and was buried in the premises of the main mosque of Aligarh Muslim University along side Sir Syed Ahmed Khan.

Sir Ziauddin Ahmed did his Bachelor of Arts degree with distinction in 1895 from M.A.O. College, Aligarh, Master of Arts in Mathematics from Calcutta, and Allahabad Universities in the year 1897 and 1898 respectively. He joined Trinity College, Cambridge in 1901 for Honours degree in Mathematics, and graduated with excellence by securing first position. In 1904 Sir Ziauddin was awarded the Sir Isaac Newton Scholarship, a rare honour for a foreign graduate, and he was the first Indian to achieve this award. His thirst for knowledge took him to Gottingen University, Germany and in 1905 he completed his Ph.D. in Mathematics. In addition to this, Sir Ziauddin also visited Paris University in France, and Bologna University in Italy in the year 1905 for advanced studies in his chosen field of Mathematics.

Sir Ziauddin Ahmed supported the Pakistan Movement and encouraged the students of Aligarh Muslim University to play an active role in this historic movement. He was also chosen by Quaid-e-Azam to be the General Secretary of the Muslim League Parliamentary Party.

Sir Ziauddin Ahmed's dream to start a medical college at Aligarh Muslim University, was not realised in his lifetime, but has come true with the establishment of the Ziauddin Medical University in Karachi, Pakistan. 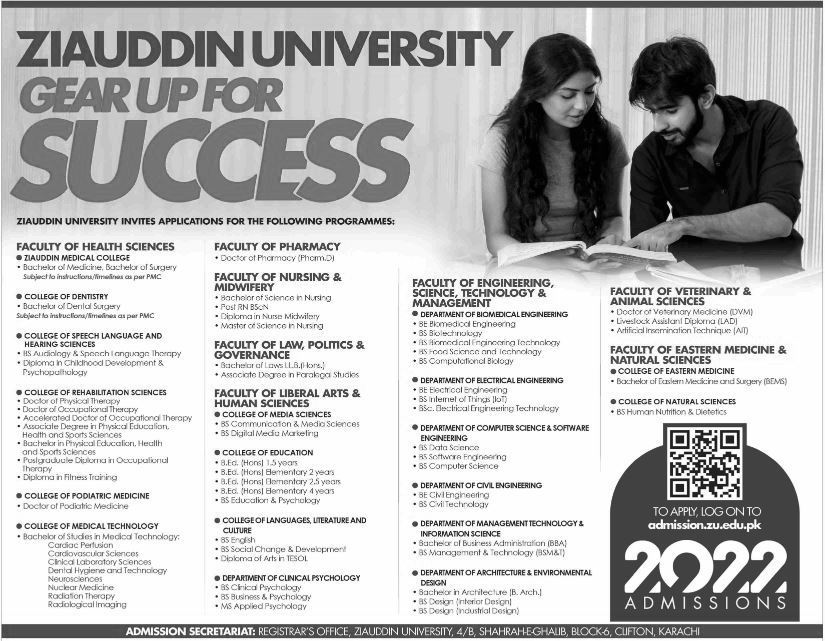