The Association decided to establish a high class University of Engineering and Technology as a Centre of Excellence offering instructions of International Standard with integrated programmes dealing with the fast growing technologies of the world with courses designed to produce qualified personnel of high calibre specialising in new technologies needed in developing countries. This objective is in line with the Government policy of inducting the private sector for promoting Education in Engineering and Technical subjects at graduate and post-graduate levels.

In its first phase, the University has been established on a plot of 8 acres in Block-5 of Gulshan-e-Iqbal on Main University Road. For future expansion, a plot measuring 200 acres has been acquired on link road. 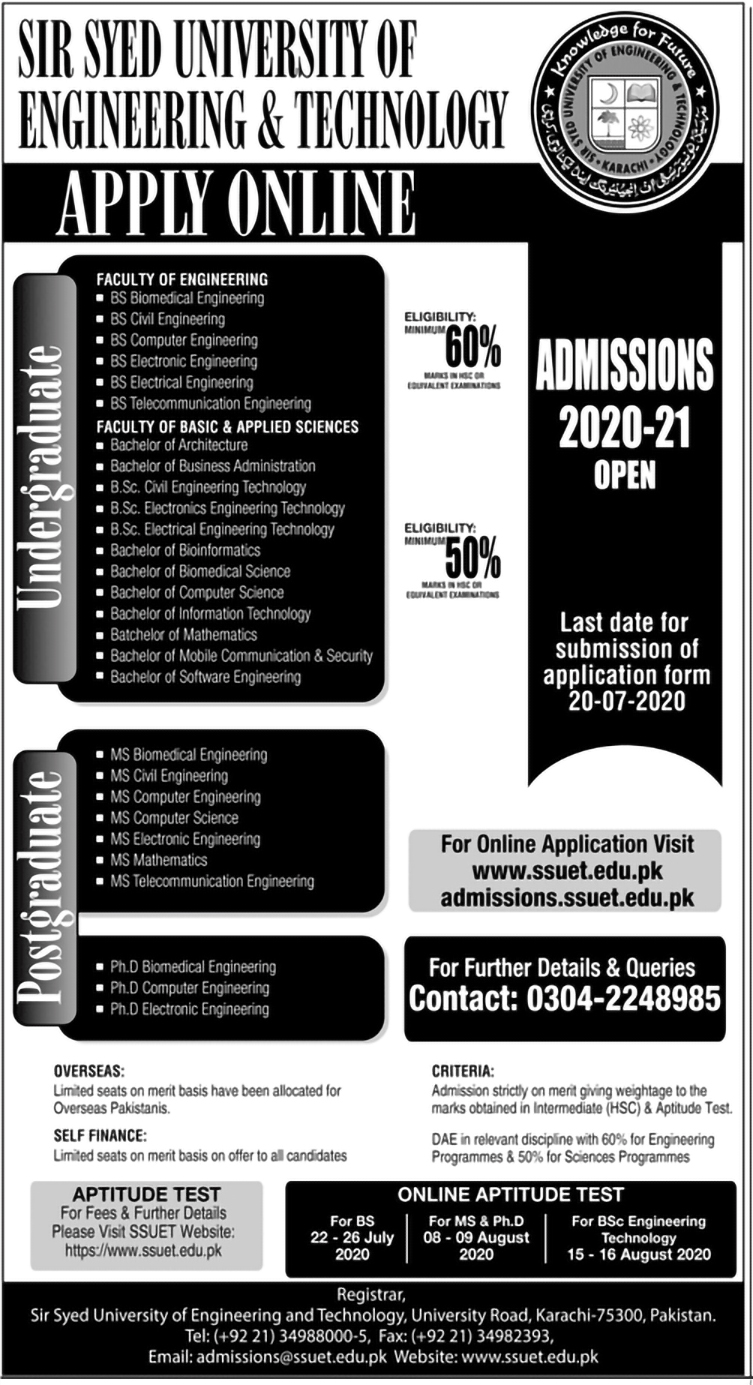