Peshawar Model Degree Colleges were established in 1979 with an aim to provide quality of education at an affordable cost. At first, a primary school was founded by Muhammad Zahoor Sethi (Founder), including just one modest campus having 300 students. After its inauguration more efforts were made and it was the proof that nine separate school campuses, three degree college campuses for boys and two degree college campuses for girls were initiated  with a combined strength of over 21,000 students.

Its affordable in every concern but the teaching staff needs much improvement! 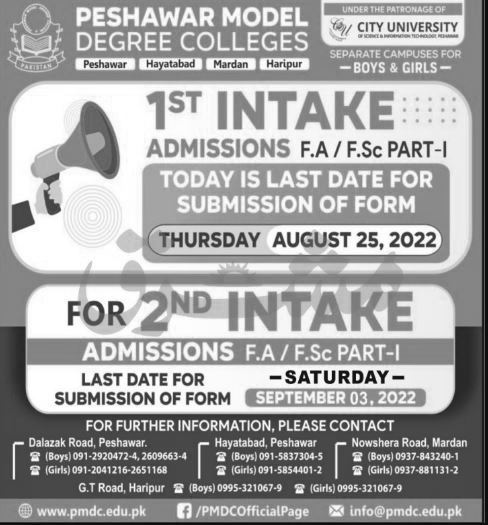