Edwardes College was the first university college in the Northwest Frontier Province of Pakistan. It was founded in 1900 first as a high school in Peshawar named after Sir Herbert Edwardes, becoming a college affiliated to the University of the Punjab. Following partition, for geographical reasons it became part of the University of Peshawar when it was inaugurated in 1952.

Edwardes College is co-educational and was one of the first colleges in Pakistan to admit women. There are currently 200 women students among a college student population of just under 2,000, and 10 women lecturers. It is anticipated that these numbers will increase.

The present site of the college campus is located in an attractive part of the city within easy reach of the provincial museum and archives, the railway station, the airport and various other colleges. The main university site is some distance away. The college possesses both a mosque and a Christian chapel.

The college remains a Christian foundation (United Church of Pakistan). Unlike many other university colleges it did not succumb to the nationalization process of the 1970s. Its ethos has been well summed up by an early principal, the Rev R. H. Noble as follows;

“We are people of different countries, faiths and races living in harmony and friendship. We work together and try to learn the secret of fellowship and peace. We hope our lives may be more useful and this sprit of helpfulness will enrich the province in which we live to the greater glory of God"

This is a great college for ever. 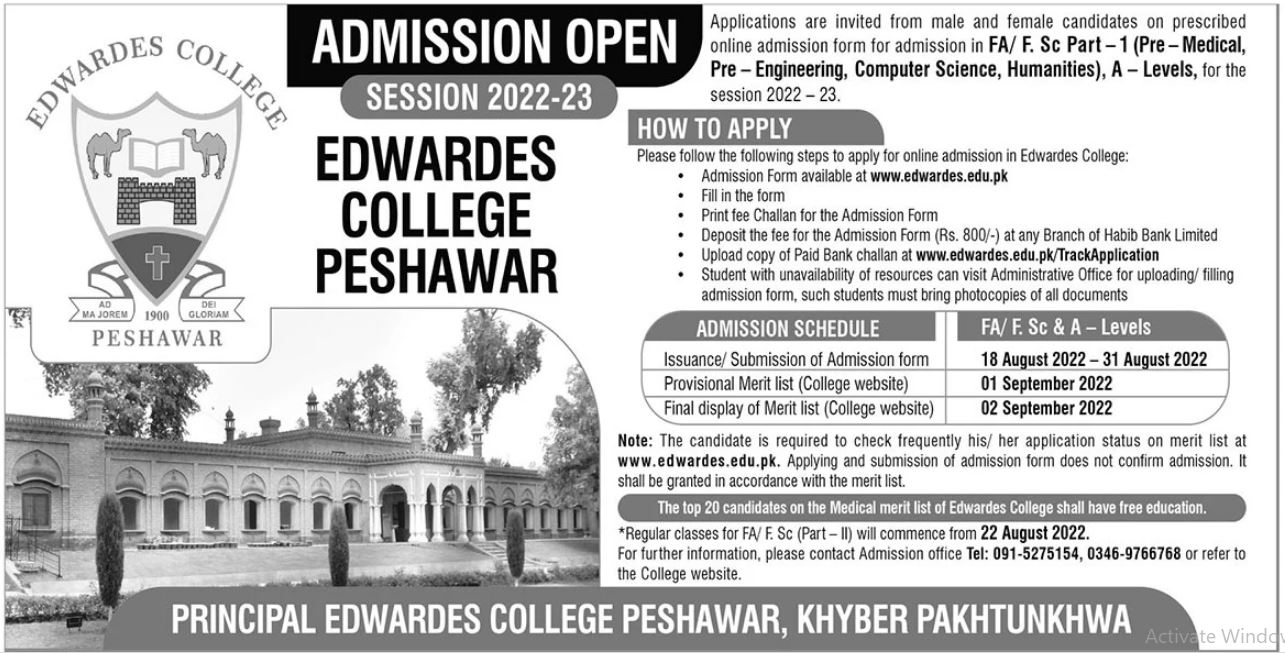