COMSATS is a public sector university residing in Islamabad, Pakistan. The university was established in 1998 as the COMSATS Institute of Information Technology (CIIT), which later became COMSATS University Islamabad. The first charter was granted by the government of Pakistan in 2000. The university holds several campuses in different cities in Pakistan, including Lahore, Abbottabad, Vehari, Attock, Wah, and Sahiwal.

The institution was established to offer affordable, high-quality education and make an investment in the personal and professional development of students. The COMSATS platform allows students to learn in a dynamic atmosphere and to achieve their specific goals. The university offers well-known, research-focused degrees that aid students in having an impact on the world.

The University is providing high-quality education in more than 30 academic programs for undergraduate, graduate, and doctoral disciplines. Some of the major departments include the following.

The institution hopes to educate a significant portion of the people. By offering its students a variety of scholarships, the university helps a lot of students. The following are a few of the local scholarships offered by the university.

Due to its academic excellence, more than 35,452 students are enrolled in COMSATS University. The university also holds several notable alumni, including the founder of the National Cyber Crime Forensics Lab Pakistan. Apart from several nationals, the university offers admissions to international students and different scholarships as well. According to the officials, there are more than 400 international students currently enrolled in the different campuses of COMSATS from around 18 countries.

With the recent advances in the education sector, research has become an essential aspect of the educational career of an individual. At COMSATS, there is a strong emphasis on research and publications. The university includes several publications every year in every department. Recently, COMSATS University Islamabad campus has received a total of 6,197 research publications. The QS World Ranking has ranked COMSATS as the number one university in terms of an international research network in Pakistan. The Pakistan Software Houses Association for IT and ITES has ranked COMSATS number 6th for Research and Innovation.

Through exceptional training, COMSATS equips its students to succeed in the demands of the working world. Through their abilities and academic learning, they can succeed in the market. Apart from academic knowledge, the ultimate objective is to boost your confidence. 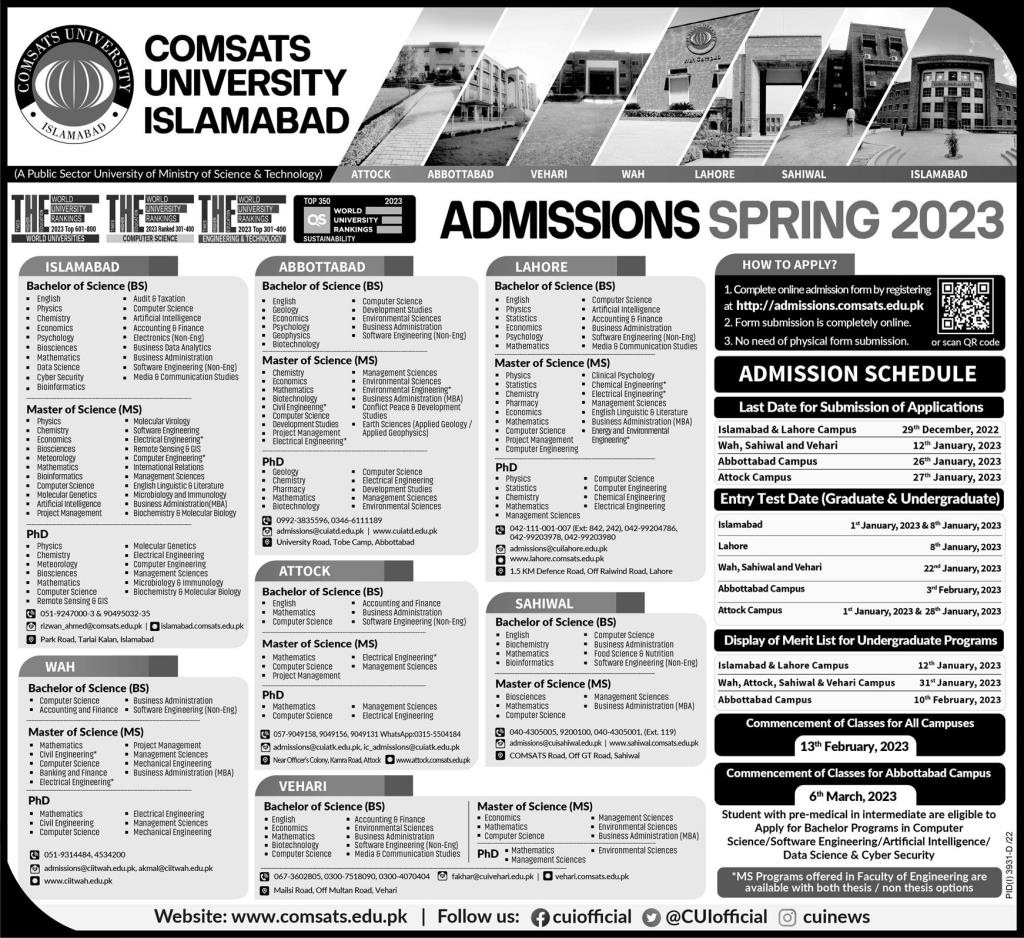