COMSATS Institute of Information Technology (CIIT) started its journey in 1998, and established its first campus at Islamabad in April 1998. In August 2000, in recognition of CIIT's achievements, the Federal Government granted it the status of a Degree Awarding Institute (DAI) through promulgation of its charter. The CIIT is now slated for up gradation as a university by the name of ‘COMSATS University’ through an Act of the Parliament.  Now the institute has became one of the best institute of the country due to its quality education.

The institute has its campuses in the following cities:

Others Level Program at COMSATS Institute of Information Technology Attock 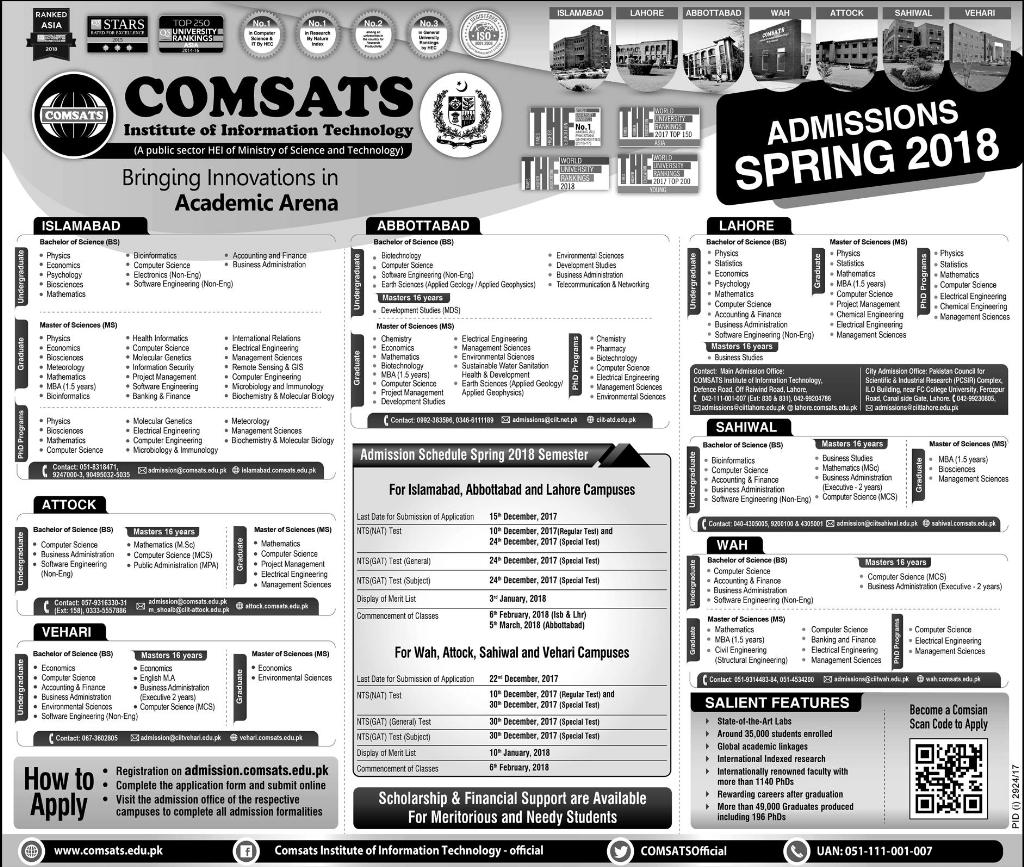