This eminent public research university is situated in Islamabad, Pakistan. It has the honor of being the fourth world's largest university of higher education with a record-breaking annual enrollment of about 1.2 million students. The university has a substantial number of notable and distinguished alumni. A significant ratio of these students is of women. It attracts a large number of students due to the distant learning program offered in the fields of law, philosophy, engineering, social and natural sciences. The university also takes attraction of the students because of its affordable fee structure for all study programmes. AIOU follows a cost-effective policy according to which quality higher education is provided at minimum cost. The university receives special funds and donations from the government.

It's one of oldest and well-known university of Pakistan that has the privilege of being the second Open University of the world and Asia's first ever open university.

In 1974, the foundations of Allama Iqbal University were laid with the prospect of providing education that is accessible and widespread. Their main ideology behind an open or virtual university was to cater the educational needs of the masses who cannot conveniently leave their homes and jobs.

It is one of the pioneer universities in Pakistan to be established on the concept of virtual or distant learning.AIOU is a blessing in disguise for working people, females and people with other responsibilities who find it hard to complete their education.

The main campus of the University is situated such that, it is in reach of to the students from the twin cities (Islamabad & Rawalpindi).

More than 40 regional Campuses and educational centers have been constructed in different parts of the country. The regional campuses function to compensate for the decentralized system of education of the university.

All campuses hire trained, well qualified and experienced staff in each field of study. The roster
of teachers employed at the regional campuses are identified as part-time tutors of the AIOU.

Special attention is paid on building a strong teacher and student relationship. AIOU provides its students:

Allama Iqbal Open University has facilitated their students with a very well-stocked library. The library ha rich resources from which the students can benefit from. The university is famous for its biggest publishing house in Pakistan which publishes over 1.8 million books annually.

i am already student of aiou

I m already student of AIOU..

Others Level Program at AIOU 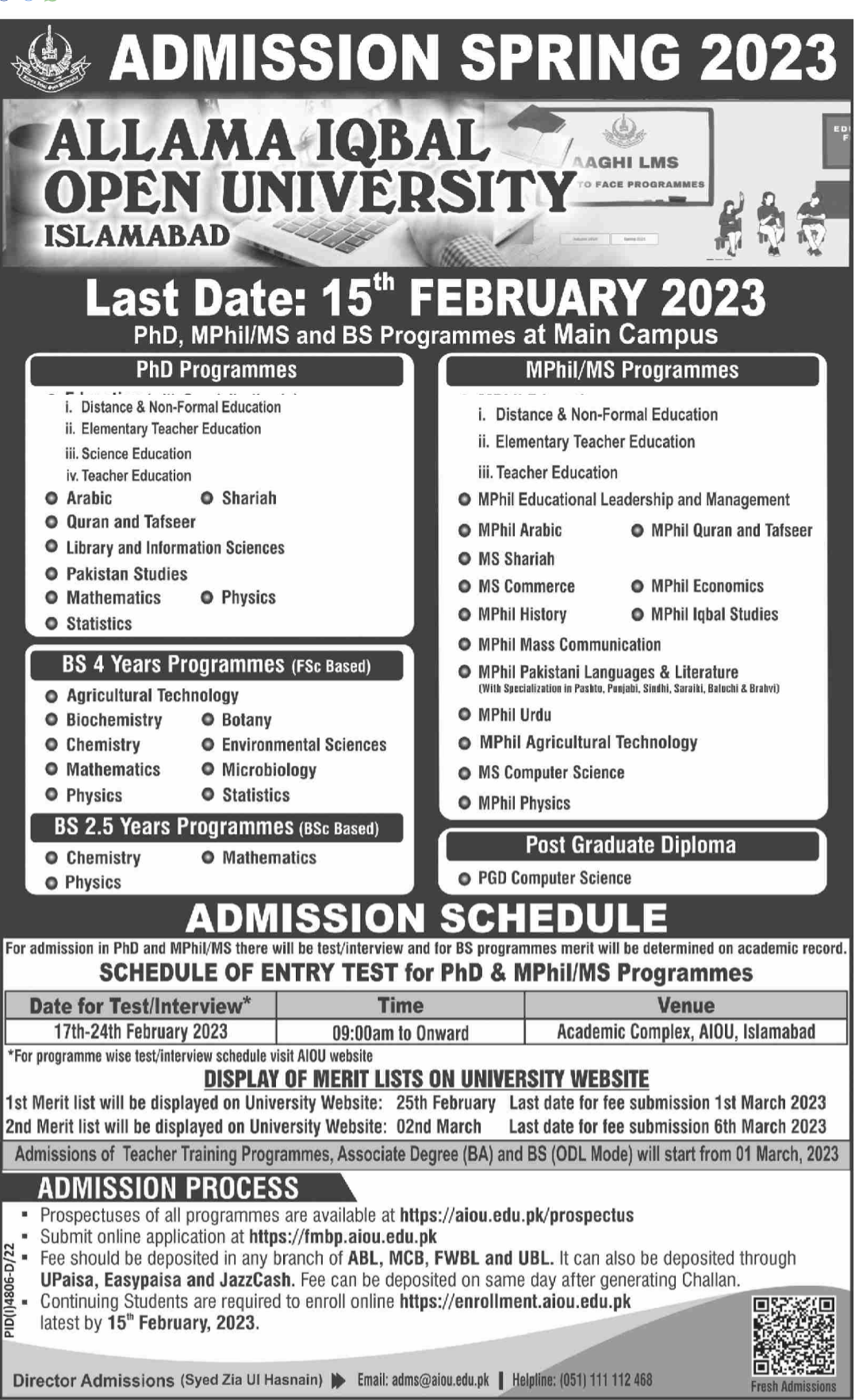